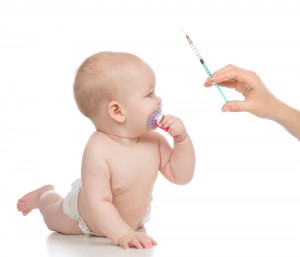 Vaccinations are a highly controversial topic nowadays. Some homeopaths generally are against ALL vaccinations because of experiences of chronic disease following smallpox vaccinations. Doctors tend to reflexively advocate  in favor of all vaccinations.

The internet fed a myth that MMR vaccines cause autism; this was a hoax promoted by UK lawyers and a pediatrician interested in promoting a class-action lawsuit [http://www.cdc.gov/vaccinesafety/concerns/autism.html].

Hepatitis B vaccine is given to newborns and produce significant immune  and neurological side effects in some children [http://www.nvic.org/nvic-archives/newsletter/untoldstory.aspx].

The old DPT clearly caused a variety of neurological disturbances [A Shot In the Dark by Harris Coulter, found at http://www.amazon.com/A-Shot-Dark-H-Coulter/dp/089529463X].

HPV vaccines save lives from cervical cancer but reportedly produce severe side effects in some people [http://www.nvic.org/Vaccines-and-Diseases/hpv.aspx].

My personal opinions: Definitely tetanus vaccination is worthwhile, and is very safe with long experience on the market. Polio vaccine does offer the possibility of eliminating polio from the planet permanently, even though there is some correlation with higher multiple sclerosis rates. HPV vaccine is a promising development because cervical and oral cancer are such serious conditions; unfortunately, there are some reports of significant side effects in some cases that may be related to this vaccine. So I think the jury is still out on HPV vaccine. Hepatitis B vaccine makes sense in high risk professions such as nurses, technicians, paramedics, and police officers; however, it is not a contagious disease and is not necessary in infants and children. I am lukewarm about meningitis vaccine for college students, shingles vaccine for elderly, and pneumonia vaccine for elderly; they are well made but probably over-used and not convincingly effective.

I do argue against all other vaccines such as MMR, chickenpox, and flu vaccines because they are treating benign conditions and death rates from the vaccines often exceed those of the ailment.

It is important to explain the political history of the modern explosion of vaccine marketing. During the Ford administration, epidemiologists raised a huge alarm that a 1918-like influenza was overdue in its cycle. So the government went into high gear pushing swine flu vaccination. In the end, the predicted epidemic never happened, but a significant population of people ended up with permanent neurological disease [Guillain-Barre syndrome] as a side effect of the vaccine. Vaccine companies were sued and lost lots of money! As a result, vaccine makers closed down their operations.

Then, during George HW Bush’s administration, lobbies convinced Congress to set up a special court to protect vaccine makers against lawsuits except for criminal negligence. Bill Clinton then launched an advocacy campaign for vaccines during his administration. Vaccine makers swooped back into business and have been increasing arithmetically since. They make claims of great dangers in unvaccinated populations but do not publicize death rates from vaccines themselves. Such data, post-marketing, is actually available by VAERS [Vaccine Adverse Event Reporting System] sponsored by CDC and FDA. For those interested in tracking this data, go to https://vaers.hhs.gov/index.

Of course, this topic is certainly controversial. Many people, and certainly the industry itself, will disagree with me. Please chime in. Everyone can make up their own mind if we have an active conversation.

[For acute conditions, don’t forget to use eremedyonline for rapid relief!]