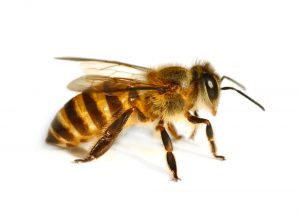 In Spring or Summer when we are outside and active, living close to nature — like in forests on farms or camping — exposes you to many unaccustomed situations which create inconvenience — sometimes even life-threatening conditions.

Obviously, prevention is most important. You should avoid going barefoot, wear repellants, and check your body for bites or ticks.

eRemedies found at eremedyonline.com/module/26/bites-and-stings/ are decent early interventions to reduce pain and inflammation. Of course, serious snake bites or severe spider bites always should be dealt with in a medical facility when available.

In this blog, common Summer complaints accompanying camping or travel are addressed briefly. Feel free to use this as a reference! And share with others! 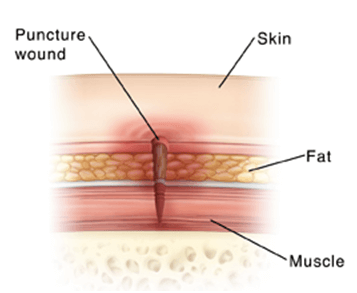 The challenge here is two-fold: Bacteria can be spread deep into tissue with the puncture; the wound closes off quickly. Bacteria that cannot live without oxygen die, but there are many (called “anaerobes”) that love no-oxygen environments. They often live in soil, which makes stepping on a nail dangerous.

In a simple case, an abscess can form, where bacteria or foreign bodies (stingers, stickers, etc.) get walled off by the body  to protect against more widespread infection. 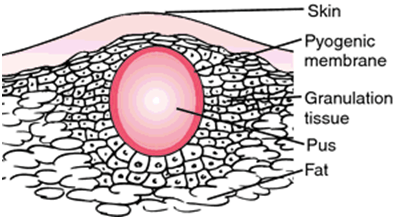 In this case, you want to draw bacteria and/or foreign bodies to the surface, so the abscess can drain and heal. Applying heat helps by drawing circulation to the area; your immune system aids walling off and draining process.

I strongly recommend Ichthammol (one brand in the US is Draw Out Salve) for this purpose. This is a thick tarry substance made from concentrated seaweed. It is very high in protein with a very strong osmotic pressure that pulls bacteria and foreign substances to the surface. Make a thick (1/4 inch) layer over the abscess, cover it with gauze, then leave it on for two or more days. Once the abscess points and starts draining pus, ordinary gauze without Ichthammol is adequate.

Many countries utilize clay applications in a similar manner with the same effects.

Finally, there are eRemedies that can help abscesses drain, to be found at eremedyonline.com/module/26/bites-and-stings/.

A danger:  if no abscess forms, the area becomes bright red with generalized swelling, and red streaks  move up the extremity or in the direction of the heart. This can be  a serious infection called “cellulitis.” Antibiotics are definitely needed for this. If bacteria get into the blood stream, generalized septicemia can be fatal! Of course, medical intervention is crucial!

A different danger arises if the wound is infected with anaerobic bacteria called Clostridium tetani. It lives in manure-laden soil, like on farms. It produces a toxin that causes tetanus, a usually fatal neurotoxic condition causing convulsions and arrested breathing. It used to be called “lockjaw” because of spams of the masseter muscles that clamp the jaws shut. Patients in this fatal situation are horrifying to behold! It’s not advisable  to rely on eRemedies for this condition. Hospitalization is absolutely necessary; even that may not succeed!

Ironically, the worse bite of all is a human bite! Human mouths are more enclosed and thus contain more bacteria. Whenever there is a human bite, the bacterial load is so high, infection is a big risk.

Dog and cat bites are common in Summer, of course. These may be simple puncture wounds. Sometimes tissue is torn. Infection can occur, but the incidence is much less than in human bites.

If extensive enough, the wound needs to be sutured. At mininum, the wound should be cleaned with soap and water and perhaps alcohol (say, Vodka), then covered to prevent infection.

If infection does develop, it may form into “cellulitis.” the spreading infection mentioned earlier. 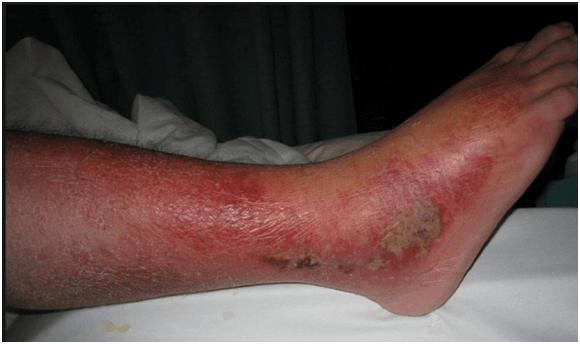 Cellulitis needs to be treated with antibiotics, hopefully after a “culture and sensitivity” – testing the bacterial growth against a variety of antibiotics to determine which one(s) will work. This requires a laboratory, of course. Nevertheless, you want to find a facility! Cellulitis can be life-threatening!

An eRemedy from https://www.eremedyonline.com/module/26/bites-and-stings/ can help while getting to a facility, However, it should not be used as an alternative. Antibiotics are crucial.

Most non-cellulitis bites can be treated the same way described under “Puncture Wounds” including use of Ichthammol.

Generally, bees and wasps live in peace with us. Occasionally, though,  they get disturbed and sting. Bees, wasps, hornets, and yellow jackets all have venom sacs attached to their stingers. Bees have a prong on the stinger, leaving the stinger behind when the bee finally flies away. This kills the bee. This suicide is not true of wasps and other stinging insects.

Such venoms contain neurotoxin. When there is no predisposing allergy, the local skin becomes red and swollen, and may burn intensely.Large numbers of simultaneous stings cause more systemic symptoms – nausea, vomiting, intestinal cramps. These  pass within a few hours. Local swelling may persist for a few days.

With bee stings, you want to get rid of the remaining stinger that still contains venom. Scraping firmly with a dull knife will pry the stinger and sac out. You can use tweezers to carefully remove it if you avoid opening the sac. Then apply ice to reduce inflammation and swelling.

If it gets infection, applying Calendula tincture directly to the wound helps. Otherwise, Ledum tincture can be applied as well.

Again, don’t forget! For such stings a properly chosen eRemedy at eremedyonline.com/module/26/bites-and-stings/ can rapidly alleviate all these symptoms and accelerate healing!

Of course, some people are actually allergic to bee stings, and yellow jacket or wasp stings also. You know  if you are one of those! The danger is anaphylaxis. An eRemedy can be used, but additional measures should be taken – Benadryl or other antihistamine, and epinephrine injection.  “Anaphylaxis” is a shock-like condition in which the throat swells and closes off, respiration can be arrested, and collapse into unconsciousness may occur. This is a serious emergency. Immediate action should be taken followed by quickly getting to a medical facility.

Jellyfish stings are similar to bee and wasp stings. The prongs are much smaller; the effect is not as deep or dangerous. But jellyfish stings can cause a very intense local reaction of fiery burning, severe itching, redness, and swelling. Applying vinegar right away seems to help counteract severe itching. Applying ice is appropriate as well. If available, apply Urtica urens cream. And eRemedies do specifically help in jellyfish stings (found at eremedyonline.com/module/26/bites-and-stings/.).

Throughout the world, snakes and scorpions are a threat. These animals avoid contact with people, so walking noisily and warily is good prevention — along with wearing high boots.

Not all snakes are poisonous. Knowing snakes in the local area is a good idea. If you are bitten, it is advisable to kill the snake so you can bring it to a medical facility for identification of the proper antivenom to be given.

Scorpion stings are usually not serious. Applying ice  might be good enough. Occasionally, a scorpion sting might  have a neurological effect. This might be nausea, vomiting, intestinal cramps, muscle cramps elsewhere — sometimes difficulty breathing and even seizures. Getting to a medical facility is crucial, of course.

Non-venomous snake bites can be treated as any other puncture wound. Cleaning the wound with soap and water, and applying ice is helpful. If there is infection, Ichthammol as described earlier can help draw out any proteinaceous material injected by the fangs.

A bite by a venomous snake (usually the smaller snakes, by the way) can be very dangerous. Death is the outcome in about 20% of such bites. Depending on the snake, there may be two effects – excessive hemorrhages, or nervous system effects.

At the moment of the bite, apply a tourniquet higher up on the extremity keeps venom from spreading toward the heart. Squeezing the wound to expel venom is worth a try. The old outdated idea of asucking it out by mouth can be risky if there are any cuts inside the mouth. Staying quiet and not exerting is best to minimize circulation. Applying ice if available might help locally. The most important priority is  to kill the snake (if possible, and safe, obviously); nowadays, an option of taking a cellphone picture might suffice. Next, getting to an emergency facility for antivenom is crucial! To repeat –bringing in the snake (or its picture) so doctors can provide proper antivenom is important.

Most spider bites are more of an annoyance than a danger. There may be swelling and itching — rarely anything more. Applying Ledum tincture ofte to the bite helps to relieve symptoms. Urtica urens cream can help with itching. And remember! — an eRemedy from eremedyonline.com/module/26/bites-and-stings/ can accelerate healing for such bites.

A few spider bites that can be dangerous. The black widow spider (Latrodectus mactans) famously lives in toilets, sometimes under toilet seats. Thus, they may produce a serious bite near genitals. 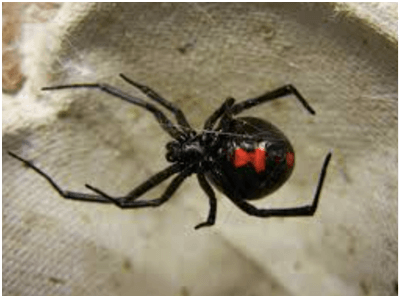 Often the bite itself is not felt.  A few minutes later burning develops in the local area. Generalized body spasms ensue within hours, as well as difficulty breathing. Even cardiac pains may occur. The sickness usually passes within a few days. It is rarely considered life-threatening. Ledum tincture can help, as can an eRemedy from eremedyonline.com/module/26/bites-and-stings/.

A more serious spider bite is caused by the Brown Recluse Spider (Loxosceles reclusa). It also may live in toilets, but more often in dark dusty basements.

This bite has very severe destruction of local tissue. A sizeable ulceration of the skin forms as cells are directly killed. As it heals over, considerable scarring forms. There can be generalized effects similar to Black Widow’s bite, but not commonly.

In many tropical environments, mosquitoes and gnats are tremendous irritants. Their bites themselves are not a great threat in themselves, but mosquitoes are capable of carrying a variety of diseases that are serious – malaria, Dengue, Zika, and others. In terms of total numbers of deaths, mosquitoes are the most dangerous animal on the planet!

Obviously, prevention is first priority.Wear long sleeves and long pants, plus mosquito nets at night (in many places, mosquitoes come out around twilight, sunrise, and into the night). Insect repellant made from pyrethrum is effective. You can make it yourself  using 10 drops of pyrethrum in 0.25 L (1/2 pint) of water.

Once you get one or more mosquito or gnat bites, local irritation is annoying. Applying Ledum tincture directly on the bites helps. Itching can be helped by applying Urtica urens cream. Otherwise, try an eRemedy from eremedyonline.com/module/26/bites-and-stings/.

If you scratch too much and develop an infection, you will see more generalized redness and swelling and possibly red streaks going up the arms. This can be reversed using Ichthammol, a concentrated seaweed protein with high osmotic force that pulls infection out to the surface. In the US, one brand that is available is “Draw Out Salve.” Just apply a thick (1/4 inch) layer over the site, cover it well with gauze, and leave it on for two days at a time. This should pull the infection out to the surface so it can drain. Then you can cover the drainage with gauze until it heals.